Let me introduce what I bought last time... "a jug"

It was a very hot day 22 July 2018, but 60 shops come together. Accessories, vintage jewelries and Japanese & world's vintage shops were lined up as usual. What I bought was a British made jug. It is made of hammered pewter. 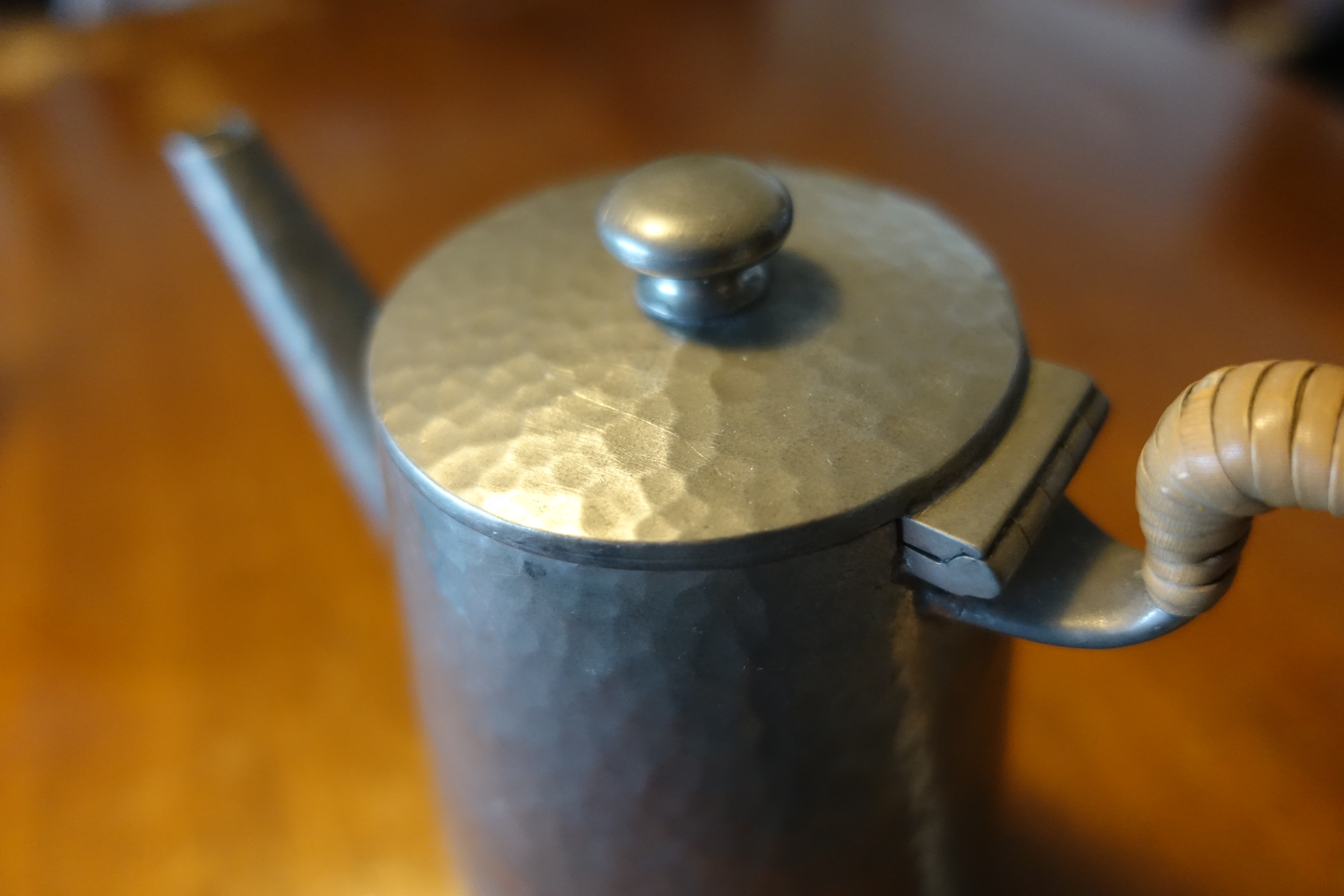 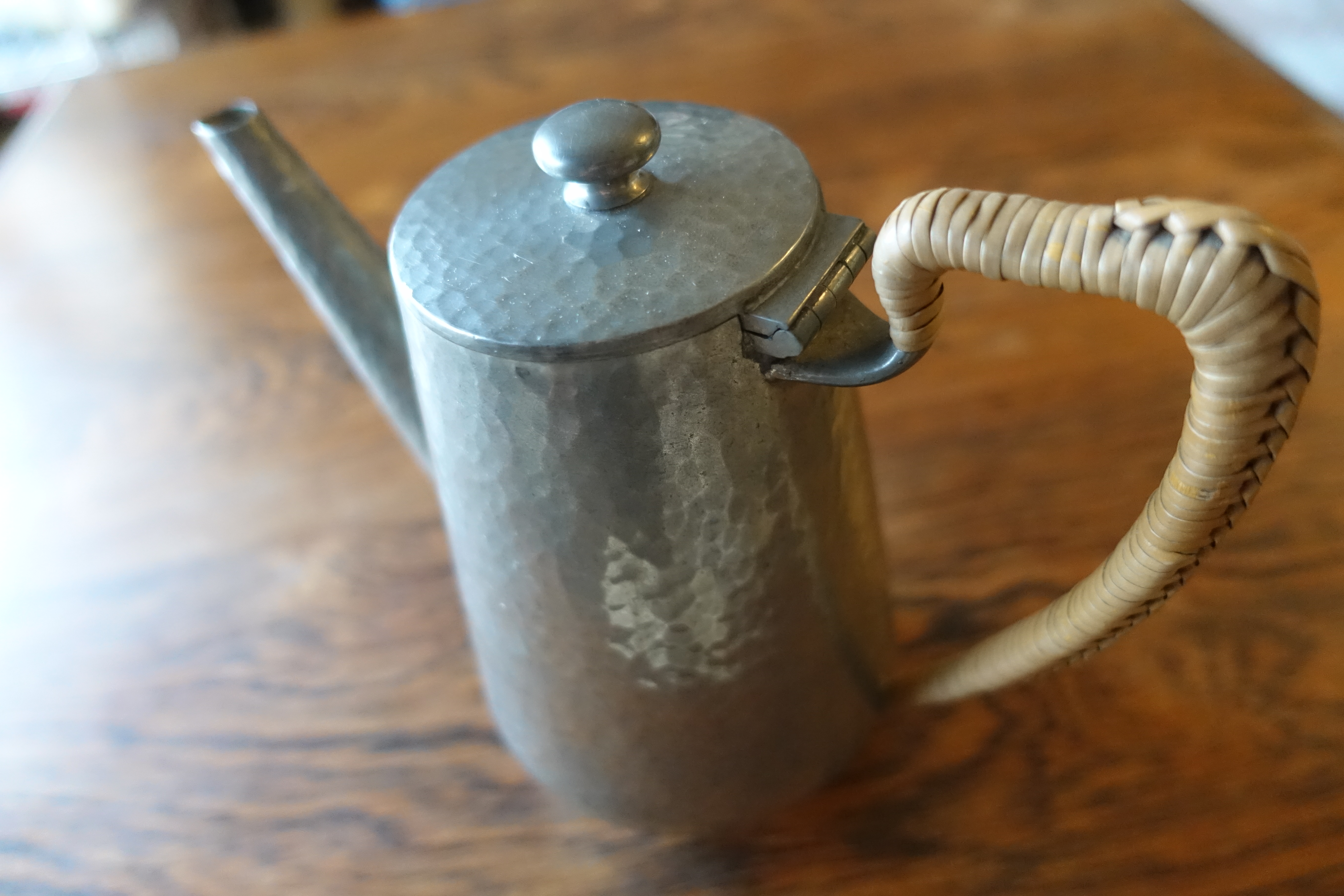 This jug is not a luxury item, but the hammered surface is rather attractive.
9800yen

Kyo Zogan means Kyoto damascene (inlay). The art of Kyo Zogan had been used for decorating samurai armours and sword guards during 16th century to 19th century. However, from modern times, it began to be used for arts and accessories. 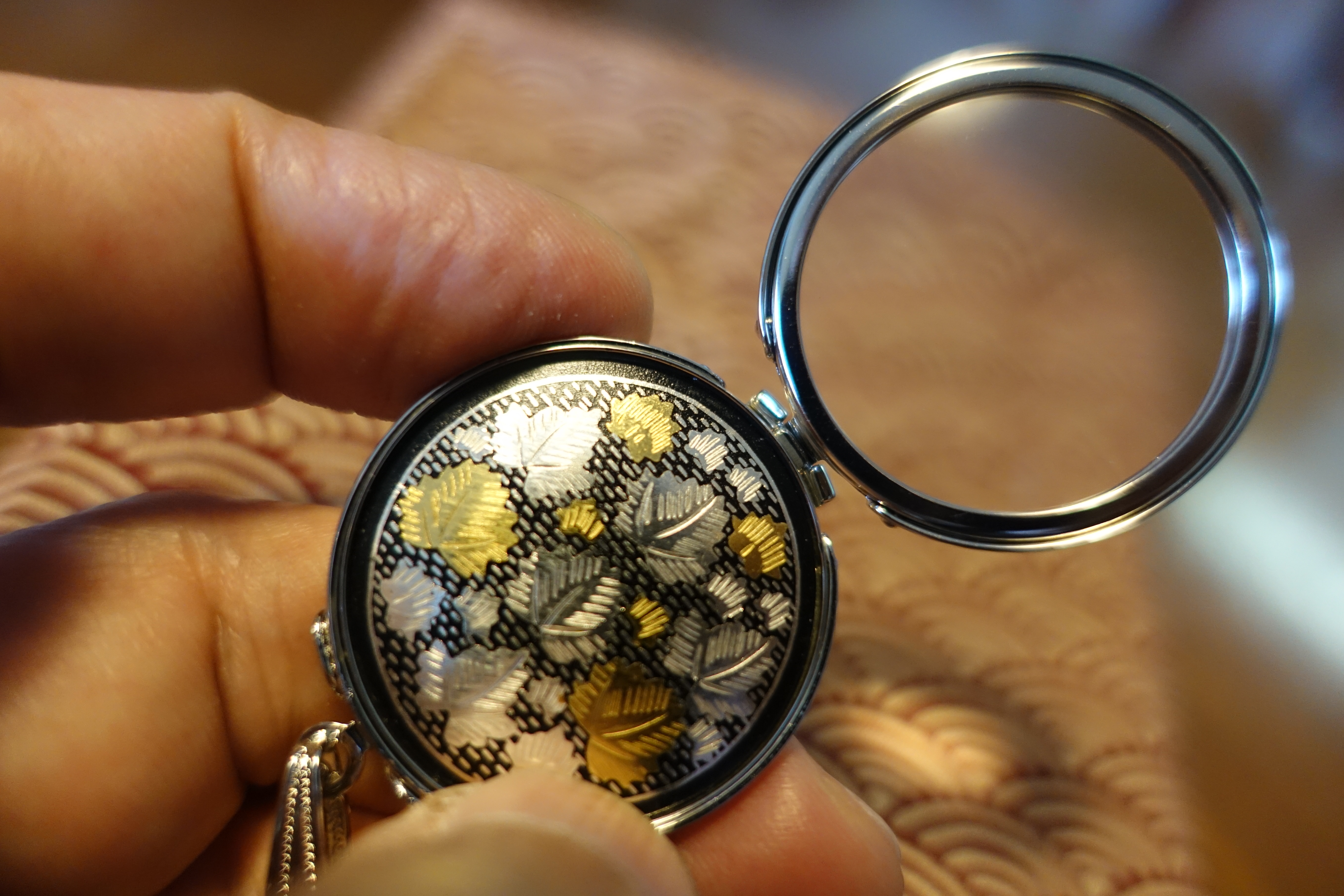 This magnifier is decorated by metal inlay. The technology is originated from Damascus. So-called "DAMASCENE" is transmitted to Japan around 7th century.